That may well sound like a juxtaposition. Add to that the fact that the biological application isn’t to do with creatures in the environment, but rather regenerative medicine, and you may well be raising an eyebrow or two. Let me explain…

Clay from the ground has been used for thousands of years for a variety of applications including pottery and topical skin treatments. Indeed, the Ancient Egyptians used clay as an antiseptic!

‘Clay’ refers to a huge group of largely silica-based materials, which are comprised of long chains sitting together to form layers. This confers highly attractive properties such as being highly ab- and adsorptive, having a low permeability, and being malleable when wet but solid when dry. This means that clays can be used in applications from drying pearls used within packaging, to carbon dioxide capture, but also many others in between.

Furthermore, clays have good cation exchange capability, which just means that parts of the clay can be substituted out and replaced by species such as drug molecules. (See an upcoming blog post by Juan for more information on this!)

However, clays from the ground also contain a mixture of minerals and metals depending on where exactly you have found the clay and this variable is far from ideal, especially when considering medicinal applications. Fortunately, it is possible to synthesise clay in a laboratory to control for such things and create a highly reproducible product with no batch-to-batch variability.

At Renovos, we have developed a synthetic clay, Renovite, which has nano-sized particles. This makes Renovite a nanoclay. If you’d like to read more about this, check out  http://www.renovos.co.uk/nanoclay-technologies/ and we’ll also come back to this in a future blog post, so stay tuned! At the top of this page there’s a photo of the laboratory set up, making some Renovite in the evening sunshine.

Renovite looks like fine sugar (no photo necessary as I am sure you all know what that looks like!) but when added to an aqueous solution, it forms a gel with some very interesting and useful properties.

The gel is as clear as water but also thixotropic, which basically means it is like ketchup – it can be piped into position and holds the form in which it was placed. This means that the gel can be injected into the desired site and relied upon to remain there, thus allowing localised drug treatment. The gel then gets gradually biodegraded and replaced with regenerated tissue.

Here’s a photo of the gel, I’m holding it upside down to demonstrate that it is acting like a solid: 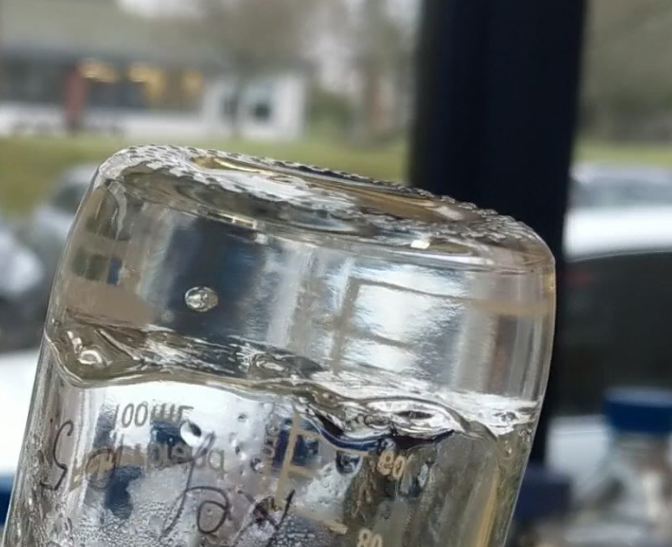 And here’s a video demonstrating the thixotropic nature:

I joined Renovos having worked with clays for a couple of other applications but nothing quite like this.

I am excited by the application and believe Renovite creates an excellent scaffold for medical treatments in regenerative medicine. To me, the research and development motives for localised treatments are clear – improved patient safety and prognosis.

That’s why I joined Renovos. That’s how a chemist can be developing nanoclays for a biotech company and be very excited about it all!

Welcome to our blog.

Our stem cell and biomaterial experts work with small and large players in the pharma industry to bring innovative and helpful products to market.

We provide consultancy, collaboration, expert knowledge and the latest in stem cell, drug and biomaterial research outputs within the orthopaedic space.

We are developing nanoclay gels for those suffering bone fractures and the effects of degenerative bone diseases.

In association with
The University of Southampton


Renovos is a trading name of Renovos Biologics Limited, registered in England and Wales under company number 10685524. 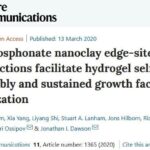 Nanoclays and regenerative medicine: a journey towards the clinicCompany News